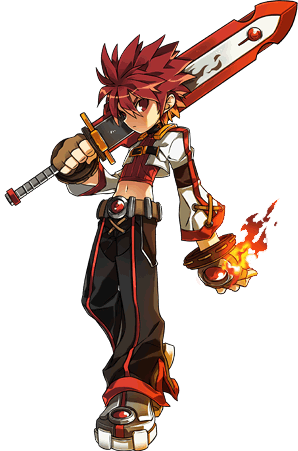 Big mouth, lots behind it

His big sister is the leader of the Order of Red Knights. As a child he trained alongside her constantly, but she was called away to tend to more important matters. He has been trying to win her respect ever since and has joined the royal search party in its quest to find the Eldrit. Elsword hopes to become the leader of the search party and to finally prove his worth to his sister.

He carries a massive sword, and is as strong as he is agile. He began his training as a child and has developed into an almost perfect fighting machine. If only he didn't have such a big mouth...