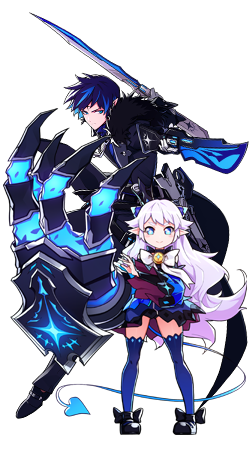 Lu was once a powerful ruler within the Demon world, but she was betrayed by her subordinates, imprisoned and then stripped of her powers. She managed to flee to Elios - however she paid for her escape with the loss of her impressive form and had to make do with the body of a small girl from then on. Ciel, who mastered the hard lessons of the streets as an orphan and rose to become a feared assassin, took her in. As butler and bodyguard, he looks out for her physical well-being and supports her in battle. Together, they are on a journey to take revenge on the Demons and to reclaim Lu's former throne for herself. Or perhaps more than that too.

What a cutey! Such a shame that he has to look after that little girl the whole time... but then again, she is so funny! Even when being a little bit more considerate to others would suit her better. Hey, Lu, do you want an ice cream?