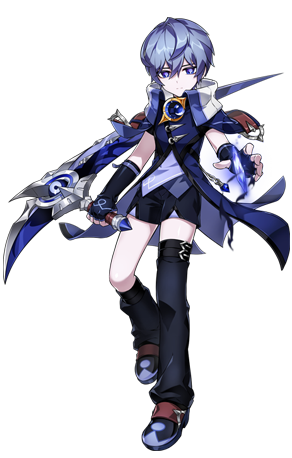 Noah and his older brother Harkel had a sheltered upbringing together. Despite his duties as an elemental master, Harkel took loving care of him and strove to teach him responsibility and to be helpful. Noah emulated his older brother, and they were very close. Noah was all the more shocked when the explosion brought back a terrible memory: Harkel had been murdered before his very eyes – by someone who looked exactly like Noah’s older brother. Shadowy figures in black robes had also subjected Noah to an experiment which granted him mysterious powers over moonlight and darkness. Bent on revenge, he set out to bring the one responsible for his brother’s death to justice...

I still remember his brother Harkel. The two were very close. Noah was completely devastated when Harkel was killed and has been doggedly seeking vengeance ever since.